Southwest Monsoon has further advanced into some more parts Madhya Maharashtra & Marathwada, remaining parts of Telangana, some parts of Vidarbha, some more parts of Chhattisgarh, remaining parts of Bay of Bengal, Arunachal Pradesh and Assam & Meghalaya, most parts of Odisha & West Bengal and entire Sikkim. With the strengthening of the low level southwesterly flow along the west Peninsular coast of India isolated heavy to very heavy rainfall is likely over Coastal Karnataka during next 2 days.

Conditions are becoming favourable for further advance of Southwest Monsoon into some more parts of Central Arabian Sea, remaining parts of Maharashtra (including Mumbai), Odisha and West Bengal, some more parts of Chhattisgarh and some parts of south Gujarat State, south Madhya Pradesh, Jharkhand & Bihar during next 48 hours. 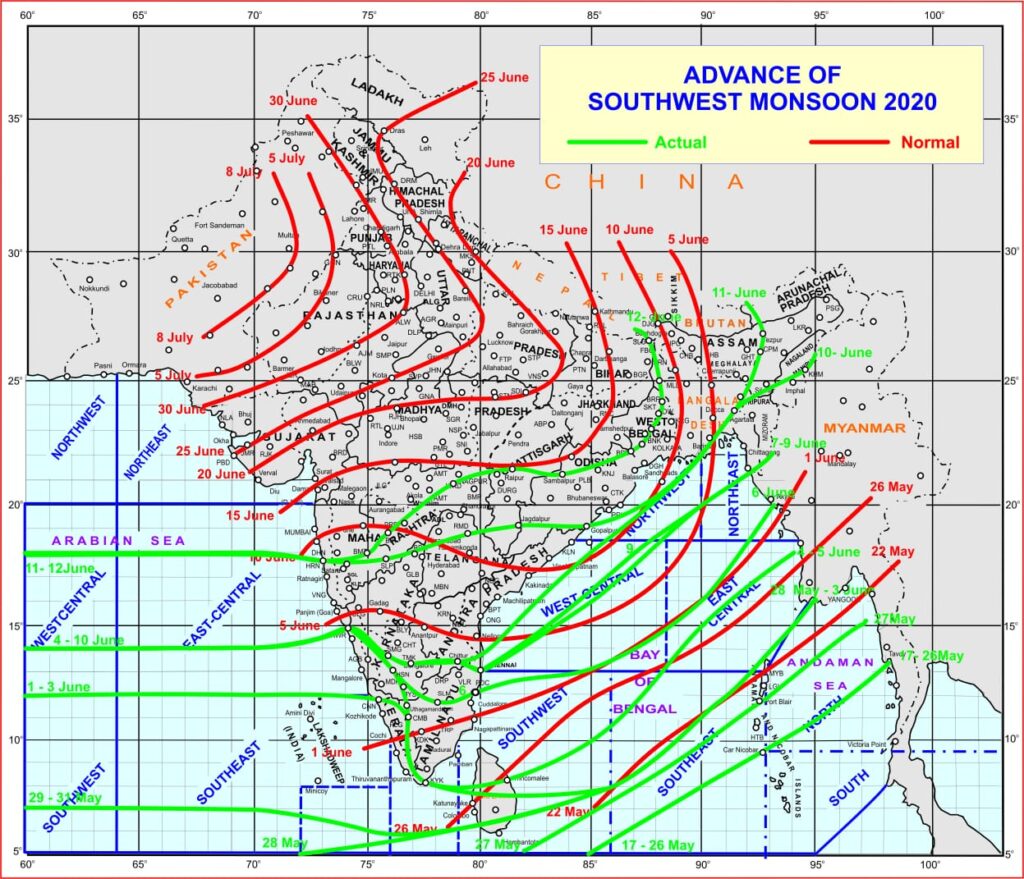 Intense rainfall spell over northern parts of India during 9th to 12th July, 2020