Control operations were carried out during day and night time yesterday, at 46 places in 07 districts viz. Barmer, Jodhpur, Bikaner, Nagaur, Churu, Hanumangarh and Sriganganagar of Rajasthan and 01 place in Kutch district of Gujarat against hoppers and some scattered adults by LCOs.

Presently, 104 control teams with spray vehicles are deployed in the States of Rajasthan and Gujarat, and more than 200 Central Government personnel are engaged in locust control operations. Further, 15 drones are deployed at Barmer, Jaisalmer, Bikaner, Nagaur and Phalodi in Rajasthan for effective control of locusts on tall trees and in inaccessible areas through spraying of pesticides. Drones are used in hopper control also. A Bell helicopter has been deployed in Rajasthan for use in Scheduled Desert Area as per the need. Indian Air Force is also conducting trials in anti-locust operation by using a Mi-17 helicopter.

Yesterday (09.08.2020), hoppers and/or some scattered locust adults were active in Barmer, Jodhpur, Bikaner, Nagaur, Churu, Hanumangarh and Sriganganagar of Rajasthan and in Kutch district of Gujarat.

As per the Food and Agriculture Organization’s Locust Status Update of 7 August 2020, desert locust swarms continue to persist in several countries in Horn of Africa and Yemen and summer breeding is in progress on both sides of Indo-Pak border. 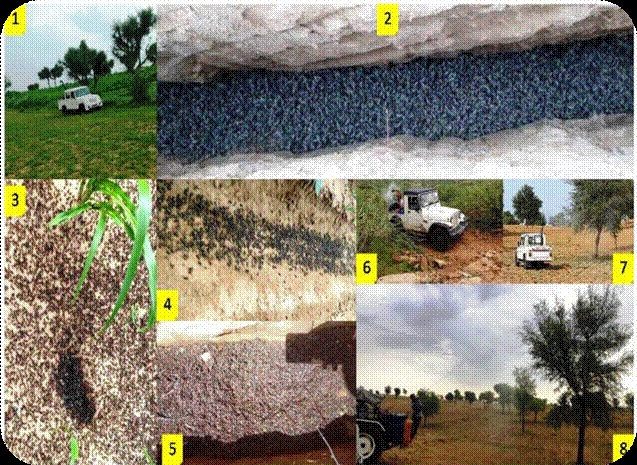 Exports of agricultural commodities during March to June 2020 increased by 23.24% compared to corresponding period in 2019